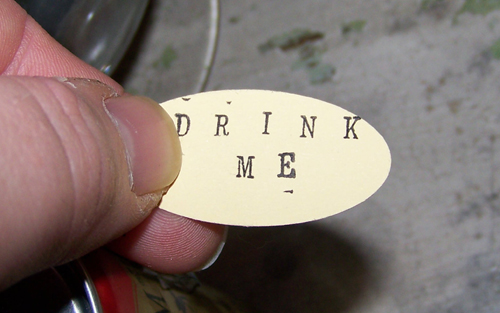 Always listen to the worm. Photo by Benjamin Stone via Flickr (CC BY-NC-SA 2.0)

University of Texas scientists have developed mutant worms incapable of becoming intoxicated by alcohol; impressing their colleagues and upsetting their lab specimens.

The researchers tested the effects of alcohol on C. elegans worms by placing the subjects in a petri dish filled with alcohol, and observing their reactions.  Worms that became drunk on the hooch wiggled less frequently, crawled more slowly, stopped laying eggs, and became more honest about their feelings.  The modified worms  exhibited no effects of the alcohol and carried on in their dish as if they weren’t being soaked in a puddle of booze.

According to study co-author Jon Pierce-Shimomura, “this is the first example of altering a human alcohol target to prevent intoxication in an animal,” and speculated that:

their research could even be used to develop a ‘James Bond’ drug someday that would enable a spy to drink his opponent under the table without getting drunk himself.

The only ones who were not thrilled with the outcome of the study were the test subjects themselves.  At first the worms were thrilled to be part of the alcohol research and considered themselves the cream of the crop in the Austin lab.  Considering that the alternatives were being dissected by a freshman biology course, being enrolled in a study testing the optimal quantity of worms in a flounder’s diet, or another study on the effects of electro-shock therapy, the worms were right to consider themselves lucky.

That luck ran out when the study succeeded.  Wllgy Ssss, one of the modified worms who is also notable for his unusually large Buccal cavity, was particularly disappointed to lose his ability to become intoxicated.  He said:

Alcohol is such a large part of the college experience and I was looking forward to seeing what it’s all about.  Also, I’ve gotta be honest with myself that being a lab worm isn’t exactly the most glamorous life.  Getting a little soused was one of the things that made it all bearable, and now we’ve lost that.

If it makes Wilgy and his cohort feel better, the word in the scientific community is that the success of the alcohol study will lead to other studies of the effects of regulated substances on the C. elegans community.  So the worms may just end up getting that college experience they were hoping for after all.